Today my kids learned a lesson about thinking logically the hard way. 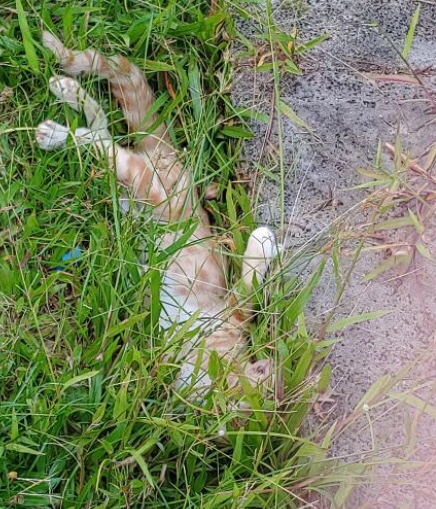 My oldest received this photo from her friend today. Being a cat lover and knowing that we have a ginger cat like this, she instantly reacted. Our ginger cat was no around and that lead to lots of drama.

“Mom, Taylor sent me a photo of this cat that was dying and I can’t find Lily. I think this is Her!” Kylie was crying and trying to talk.

Then I started getting a frantic amount of worries calls from her that the cat had died. I knew for myself that the cat was not around at breakfast so it may have been her but I needed to figure out if that indeed was the case. Kylie was hysterical, unsble to think about a plan to find her. I told Kylie to check around the yard and walk down the street to look for her.

Within a few minutes, I am home and sure enough Kylie is in a sobbing fit, paralyzed by her own emotions. Meanwhile, Katelyn is all “it could not be me who let the cat out” but she was on my bed this morning. We start to do a logical search of the cat around the house.

We also had a plumber fixing our toilet while the lost cat drama was going on. The poor guy thought he might have missed the cat but said he didn’t see any pets running by him while he worked. I had my doubts that the cat had disappeared during his visit because they hide when strangers are around.

Sure enough, we could not find her but knowing how she hides, I was not convinced she was gone. While my middle kid went back to playing on her Kindle, my eldest was sobbing about the loss of the cat. We started talking about her microchip and my eldest thought it could be used to track her. When she realized it couldn’t, she started to get more emotional.

We sat there calming down from the realization that Lily may be gone and now able to speak logically about our next step. Then all of a sudden, Lily climbs out of her hiding place and Katelyn yells, “Look! There she is!”

Lesson learned that emotion stops our ability to think rationally about an issue and impairs our ability to develop a well-laid out plan to take the best course of action. That lesson is very pertinent right now with the issue of the protests. So many are stirred up emotionally but when you ask for their plan after the protests, they have no idea or thought about that. They aren’t thinking about the future unfortunately.

When Kylie calmed down, I asked her more about the photo. Turns out, that was taken a mile away from our home and when we looked at the details, it was clearly not our cat. Katelyn chimes in saying, “I didn’t think it was her because of her color and paws were not the same.”

It takes time to walk out of emotion and think. Thinking is way better than acting out. That is what I teach my kids because reacting may cause one to regret their actions. We have a frontal lobe to give us higher level thinking. More people need to use it in this day and age. 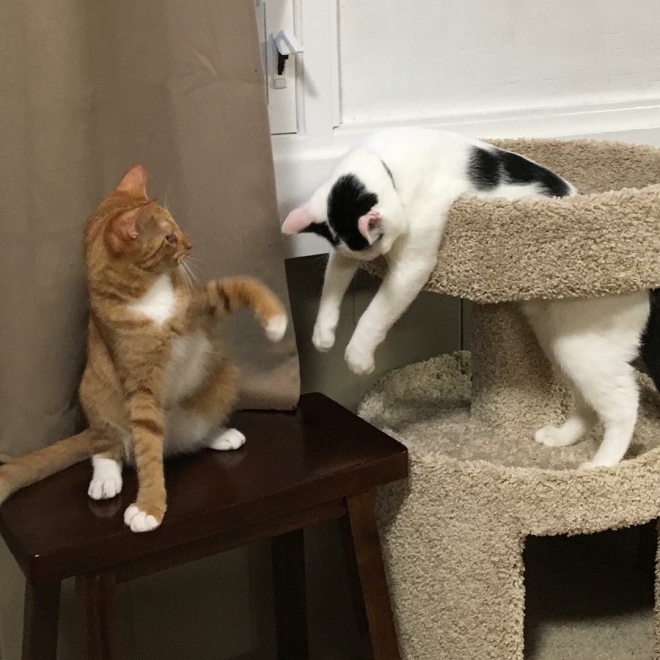 There are thousands of children attending public school in Hawaii. At any one point, a child may be riding on a school bus. It is interesting that activists have scared parents into believing that they must fear pesticides but ignore other real safety hazards.

I have not seen a single complaint that the DOE staff has done anything wrong with the use of pesticides. None. Nor are there any reports of staff getting sickened by these products. Despite the evidence, Superintendent Kishimoto sent a memo banning herbicides from being used on campuses as a effort to show her concern.

She has been at the helm of the DOE for several years already. If she truly cared for the keiki, she would’ve required school buses to be equipped with safety belts first day on the job. If any politician walked the talk of caring about our kids, why has nothing changed since the timed I wrote school buses as a kid?

I remember when I was 12, I rode the bus to get to school. One driver decided to cut off the bus causing all the kids in the bus to pitch forward from the sudden stop. Being short and less than 100 lbs, I had no way of bracing my feet to the floor to stop momentum. I lurched forward and hit the seat in front of me splitting my bottom lip with my teeth. I could taste the blood but it wasn’t a big deal back then apparently.

I haven’t rode in a school bus for years but did so today with my 4 year old for a field trip. The bus has not changed for decades in Hawaii. It is ironic that large tour buses are fully equipped with seatbelts and it is the law for all passenger vehicles to have seatbelts worn, yet a very large vehicle carrying so many young children from 2 and up have no safety restraints in place. Tourists are ensured a safer ride than our own school kids.

We put our kids in carseats and booster seats to give them the best protection there is but once we turn kids over to the Hawaii State Department of Education or to the private bus companies, no such concern is given. How many kids ride these buses and pay $300 a year to go to school yet not one wears a seat belt except the driver? Why are our kids not given the same safety equipment? It is a known fact that kids are seriously injured in school bus accidents every year yet there are no safety belts for them in the state of Hawaii.

While legislators and the Superintendent proudly claim to be protecting our kids, the reality is they are not. They banned a potentially effective fireant pesticide that could be needed in the future for invasive ants. That was in the name of protecting the keiki. Now DOE has an unscientific ban on herbicides without considering the needs of the schools or how it is a tool for modern agriculture. “Save the keiki!” so they proclaim.

All we need in one bus accident for these people to say it must be required to have safety belts. Only until a child is hurt will things have to change. The evidence is there to put seatbelts in place with good reason, unlike to poorly sourced pesticide complaints. The talk given is nothing but hot air as the public will start to see.

Do we wait for a bus accident or harm from the knee jerk pesticide ban? Does a child have to get bit by a centipede because the Superintendent had banned “toxic” substances on campus? If science based policy was used in our state, we’d all be much better off. The fear I have is of my child being hurt in a bus accident goes unheard because I am not crying on the media and acting like the angry mob. The seatbelt corporations aren’t backing me to ask for safer buses. It is the current evidence that nags at me to say something.

As a parent, is having your kids riding unrestrained on a bus concerning? If it is, let’s start demanding to the Superintendent and Governor that things change before someone is actually harmed. Malama the keiki! 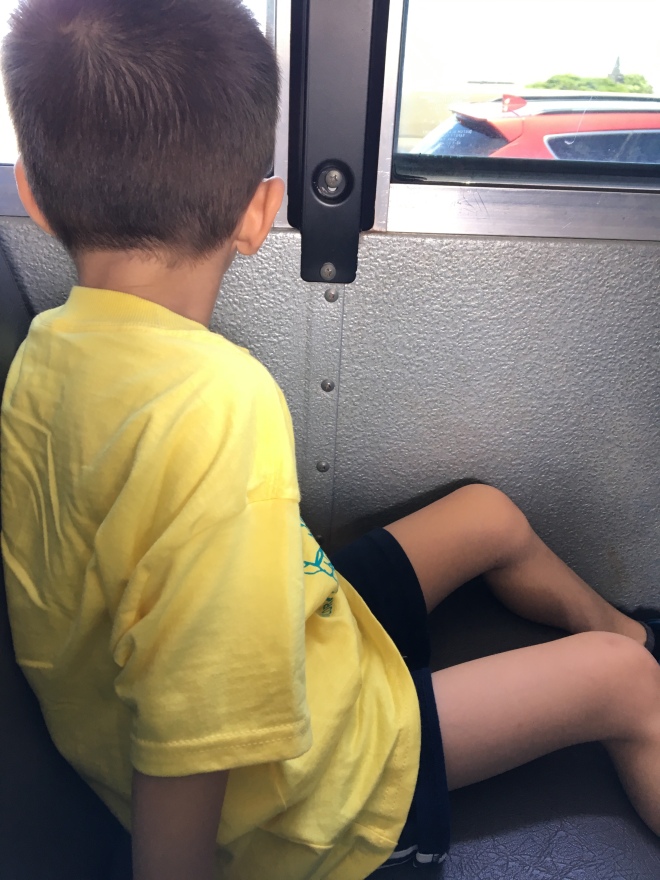 All the vehicles traveling around us have seatbelts yet kids have none.