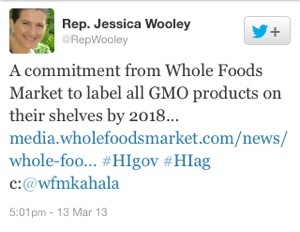 Last night at the Kaneohe Neighborhood Meeting, I had the opportunity to talk to a fellow resident. She came to the meeting because she wanted to speak out about an issue she was having with where she lived. Her and fellow tenants live in an affordable housing complex and were being subjected to a huge increase in rent because the units were sold by the City and County to a mainland developer.

She continued to share her story with me about her life and why she came to the meeting. She has worked as an educational assistant at Castle High School. She’s employed but doesn’t make a whole lot of money so a rent increase will leave her with only $100 left over each month. She could live with her daughter but wants to remain as independent as possible.  It’s a struggle to make ends meet but she does it.

I really started to think about this more later on. There are a lot if people who are in a similar situation to her. Any local person will tell you that cost of living here in Hawaii has been rising. We hear and see it everywhere. Everything is going up: gas, electricity, basic groceries, property taxes, rents, car registrations, sewer fees, and so on. The only thing not going up is our income to keep up with this, and that is a major problem.  So many folks are struggling and living paycheck to paycheck as well as working multiple jobs to get by.  How can one have quality of life when most your time is spent working just to survive?

Earlier in the year, there was a Star Advertiser article that looked at the poverty issue here in Hawaii with kids.  The percentage of kids living in poverty was 12.5% in 2005.  This year’s Kid’s Count Report found that there were 51,000 kids living in poverty, which is up to 17%!  Then when you look at poverty in seniors, the AARP has found that nearly 20% fall into that category.  There are a lot of people in need in our state and what is being done to address this?  How can we make peoples’ lives better?

As I listened to her story, I really thought about the politicians of Hawaii and how they get into offices making lots of promises that we know can’t be kept.  Or there are issues that they bring up that don’t really help anyone other than their own personal agendas most of the time.  It was really nice to see many local looking folks, most of whom were born and raised here and had long time established families in our communities.  As the residents of Kulana Nani apartments sat in the meeting waiting for their turn to speak up, I could not help but think more about this issue.

In the back of the room, I noticed that Rep. Jessica Wooley came in and sat in the back.  When it was her turn to speak up, I had to ask her my question.  “As you know, many people are struggling to keep up with the cost of living here.  What are you planning to do as ag chair to help address this issue to keep things affordable as well as keep farmers in business?”

Her answer was that she realized that many farmers are at risk for going out of business and that we need them and she has various programs and things in the works to address this.  We all know that when costs go up for farmers, their products will cost more also, which is why local produce tends to be more pricey.  Not once did she go on about the labeling issue for biotech food in this answer.  I know for a fact that the labeling will mean that food costs will go up since manufacturers will have to specially label food just for our state.  How is that really going to help keep basic foodstuffs affordable for people who are already struggling?  She didn’t bring up that issue until my second question for her, which I’ll continue on another blog post.

Politicians like Wooley and others like her who have decided to align with the activist groups like Hawaii SEED, the Babes Against Biotech, Hawaii GMO Justice Coalition, Hawaii Farmers Union United, and the Hawaii Organic Farming Industry are all about self serving their own interests.  They are pushing to grow their industry that may increase availability of organic produce but at a cost that most folks can’t afford.  They have plenty of money to fly between islands, stay in hotels or other accommodations, or get funded by their supporters through subscriptions or gofundme.com and don’t have to work like the real local people.

When you have a lawyer for a husband who makes a decent salary and a property in San Francisco, it is easy to tout your agenda.  It’s easy to listen to activists’ cries for a label for food that many of them consume for the sake of pushing your agenda and forget about your real constituents that struggle for years.  Have some empathy for these people Rep. Wooley for they are who you need to work for.  A good leader will look at all the issues, use evidence and best practices to help solve the problem, which is always more complex that what it appears.  Remember that you were elected by the very people in your community and should be lending your ear to them first and foremost, and not to a Babes Against Biotech activist or an outside environmental attorney, whom you fondly call Andy Kimbrell.