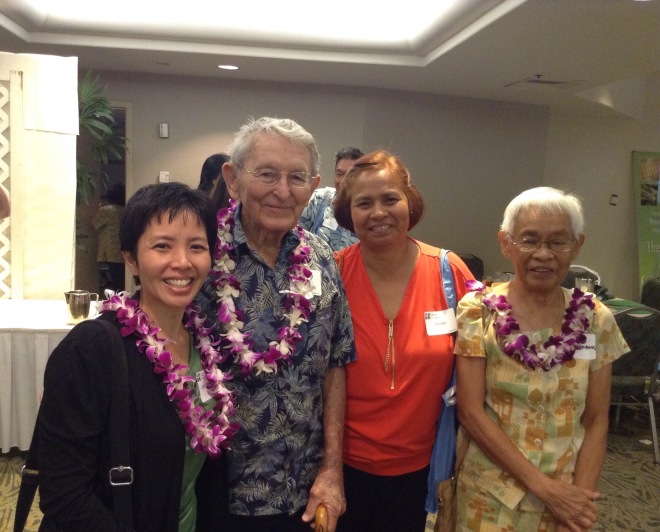 My dad and brother are just loaded down with papayas these last few months so they could not attend the Hawaii Crop Improvement Association meeting.  I worked the weekend so I could take a day off to attend it for keep my dad updated as Hawaii Papaya Industry Association president,  as well as served as a panelist.

At the meeting, I had a chance to shake hands and speak with Dr. James Brewbaker.  He is well known as the father of sweet corn in Hawaii and was influential in bringing the seed companies here to Hawaii as pineapple and sugar started to close down.  He worked to keep the country country, literally.

Dr. Brewbaker shared with me that he’s finally going to retire.  He’s already in his 80’s but is still at work in the fields.  He told me that there will be a plant breeder position to fill when he leaves.  He also said that out of some 50 he’s worked with, very few are local folks.  That is just telling about how many local people know of future opportunities in agriculture.

There is so much talk about growing Hawaii but the action isn’t really happening.  To drive down the country to see fields of green is reinvigorating and re-energizing after sitting in traffic day after day.  Leaders talk about supporting the very thing that keeps the country green, but then are launching attacks against those who farm it.  The environmentalists talk about preserving nature and take to fencing areas off and chipping away at local folks’ ability to hunt for food like their ancestors did.  Government agencies are creating sanctuaries to keep ocean users out of these areas despite no real evidence that support it.

I just consider myself a regular local person.  I have two pairs of the staple footwear of Hawaii which is also known as rubbah slippahs. Big Island farmer, Richard Ha, crafted that term to represent the local folks.  I have one pair of slippahs for home that is for getting all pilau (Hawaiian word for dirty) and another nice pair for going to the store.  Lots of us locals do this.

The kinds of actions being taken against the farms, oceans and forests users are just slowly chipping away at what the Rubbah Slippah folks can do.  We folks aren’t usually the ones to make a big brouhaha about it as we’ve usually trusted our leaders to be there for us.  In this day and age, that is clearly changing.  It seems no one elected is willing to take a stand to back the local ways of living.

Our leaders seem to feel the need to listen to loudest squawkers to ensure their seat in office.  Some are completely turning a blind eye to using sound reasoning and evidence to base policy in and prefer to pander to those who can’t see the unintended consequences.  This shortsighted kind of thinking only harms the future opportunities.

I really think it’s time for the Rubbah Slippah folks to start rising up or there will be no one to speak for what we want and treasure.   Will you join me? 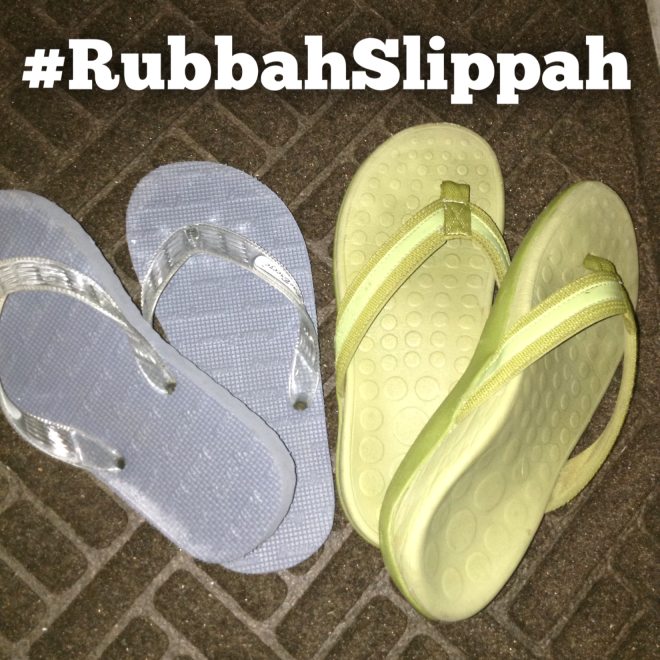 4 thoughts on “It’s Time for the Rubbah Slippah Folks to Rise Up!”