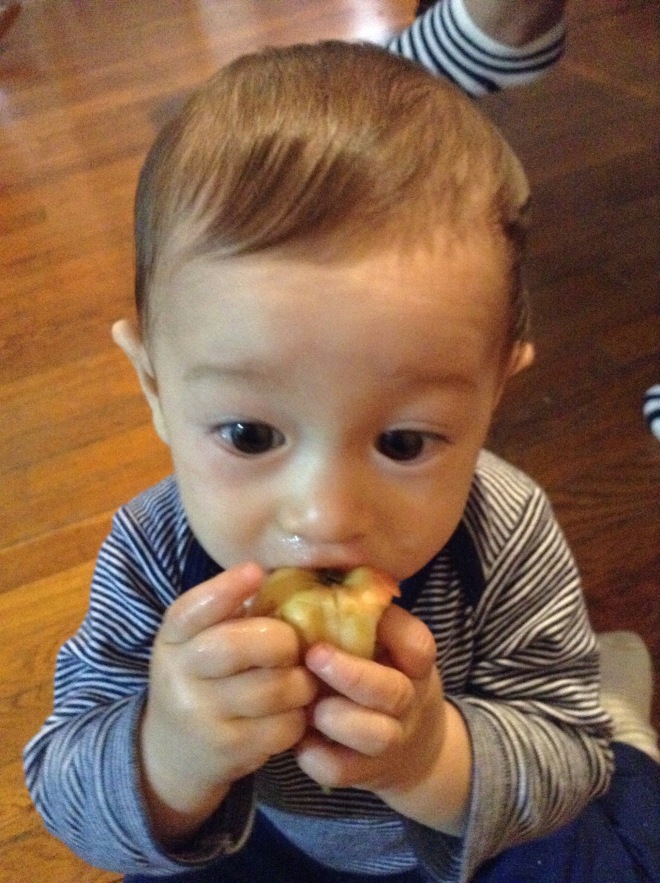 Two things happened the other day that has really struck me.  In my GMO debate class, Dr. Tony Shelton, an entomologist, put this quote up on one of his lecture slides.

There can be no peace in the world so long as a large proportion of the population lacks the necessities of life.

I left the class pondering this quote for some time.  It’s really similar to what Norman Borlaug stated about there being no peace on an empty stomach.  It made me also think of my husband who gets “hangry” when he is hungry.

After my classes were done, I was talking to one of my Alliance for Science fellows, Peter Wamboga, who is from Uganda.  I wanted to learn more about the situation in his country and what was happening to the people there.

Uganda is one of the leading countries growing bananas, which is their staple crop.  It’s getting hit by all kinds of diseases that are destroying plantations.  A single plantation could yield crops for some 25 years but diseases are wiping them out.

The Ugandans other staple crop is cassava which is also being hit with diseases.  He explained to me how a farmer would plant these tubers and wait for six months to dig it up only to find it rotten.  The disease striking the cassava yields it inedible that even the wild pigs won’t even touch at all.

Farmers don’t know what to do and have complete loss of crops and no incomes.  Their children see the devastation of farming and decide to not farm.  With no crops there is no income.  Some 70% of the population relies on agriculture and crop failures hits entire communities.

With no crops, there is no income and plantations are abandoned.  New lines of work must be found and many head for the capital, Kampala, for opportunities which is already hard to come by.  A cycle of poverty starts.  Some 48% of people in Uganda live in poverty.  Peter said that many people are food insecure and live on a single meal a day if they are lucky.  Quite a few don’t eat most of the time.  The very young and old are hit the hardest.

With rampant poverty and few economic opportunities, the youth turn to crime and join terrorist or crime groups.  It’s a bad situation when the primary economic driver is impacted and there is little to do to combat these problems.

The hope that the Ugandans have exists but they can’t access it.  There has been a lot of cutting edge research on biotech solutions developed by the government itself but due to the first world politics in Europe and the U.S., their parliament has stalled the biosafety bill for nearly 20 years.

The papaya farmers in Hawaii know firsthand that crops can be saved by science.  Despite the success of it, outside radical environmentalists are ready to demonize this technology and create fear mongering campaigns.  They made claims that there is GMO contamination but don’t tell the truth that there would be no industry it it weren’t for biotech.  They told other countries that the GMOs would bring worse diseases and viruses and scared them, yet provided no options for solving the real problem of plant diseases.

These same radicals are creating the fear campaigns against GMO cassava by telling farmers to reject it because of the contamination and the virus will get worse because of this technology.  Greenpeace launched an eerily similar campaign against the papayas yet gave no solution to saving this crop.  They created a barrage of fear of in farmers around the world but still gave nothing back to them. They will go so far as to tell them that GMOs make people overweight or gay.  They take advantage of the uneducated population by manipulating emotions.

The events unfolding in front of me became too clear yesterday.  While activists are trying to portray the Bill and Melinda Gates’ Foundation as bad for working with Monsanto, the kind of actions they are taking is way worse than I can fathom.  These people cannot see the consequences of their actions around the world.  By keeping the developing world from producing their own food and using technology to do so, the elitists foodies and activists promote more hopelessness and destitution right at the heart of the farmers.  The farmers are what supports these communities and their work feeds people.  Without food, there can be no peace.

Hungry, desperate people leads to an unstable society that is easily manipulated by unsavory interests.  That’s the real threat that makes this a huge global issue.  Global instability can hurt all of us.

The most seemingly benign issue such as the “Right to Know” GMO label is even more dangerous.  Greenpeace and ilk tell the people in the poorest countries that biotech products are dangerous which is why it’s labeled.  They are deceitful with what they tell the public here but then craft a different story to others.  They claim that they are being kept in the dark and have named the Safe and Accurate Food Labeling Act the “Dark Act.” This act is correctly named by the activists as passing this law means less darkness and despair for the developing world who wants this technology.  I can just see it that by giving into the GMO label will be miscommunicated as warning to the poor that they should reject that’s crops.  That’s how these activists will likely spin the stories.

I’m terrified to think of all the consequences of this global GMO debate.  It may mean that one day, my little boy may be called up to fight in a war to protect our country from global instability.  My children may not be able to live in times of peace and prosperity because of an angry, hungry world.

I cannot sit back and let misinformation, dishonest tactics, and willful ignorance deny others the right to food.  The decisions we make now and the global impacts indeed are real.  I want a peaceful world for my children and we all should support those innovations that will lead us in that direction.