Every Sunday is my “cook for the week” day.  I pull out the biggest pans and try to cook the thing most of the family will eat.  One kid doesn’t like meat or veggies, another eats everything, one only has 4 teeth, and my husband wants more veggies.  So, with all those dietary preferences, it’s pretty hard to cook one dish that suits everyone’s requests.

I landed up cooking a favorite which was Japanese yakisoba, or fried noodles.  It’s made with Japanese noodles, veggies, a little IARC class 1 carcinogen, Spam, some dashi (soup base), furikake (rice condiment), oyster sauce, pickled ginger, and some garlic salt.  This is comfort food for lots of local families here in Hawaii.  It’s nothing special but definitely a favorite.

As I thought about what to put in it, I realized that there really is nothing outstanding in it.  Everything in it tastes good.  Fried noodles are sold in convenience store here in ala carte containers that we call bentos.  If you don’t know what it is, you’d probably bypass it.

I thought I should share the #healthyfood I feed my family. This is #crueltyfree #meatless #glutenfree #pesticidefree #gmofree olive oil infused noodles. No animal was harmed in the #ironinfused can derived from the hills of the Pennsylvania. The red ginger shreds are colored with #ecofriendly #organic #allnatural beets. The flavoring is derived from #vegan oysters. The Napa cabbage and stir fry was grown with the #moonrhythms and #permaculture methods. The sprinkled seaweed comes from the deep oceans of Japan where the whales swim and dolphins play. Doesn’t this sound delicious???

As I wrote it, I started laughing to myself.  We well fed folks really love a good story about our food.  As much as I despise the massive amounts of useless labels on the GMO free products, it’s giving consumers a seemingly better story about what they are eating.  Thanks to the media, the consumers want to know the stories of their food.

If I pick up a bag of tortilla chips and put it next to a GMO free, organic bag, guess which bag tells a story? The bags that give a nicer story is what appeals to the consumer who has no idea about what it took to grow those corn chips. It’s the same with buying local too.  If the story sounds good, they’ll likely buy it and get a good feeling from it and who doesn’t want to feel good?

The honesty of how much we love stories comes from the mouth of babes.  My eldest daughter has been engrossed in a new series of books called the Rangers Apprentice.  She can’t put the book down and will sneak it in the bathroom and read it while showering.  I had to end that habit because of all the water landing on the floor.

She gets so caught up in it that her baby brother has learned how to get a great reaction from it.  One day I heard yelling and found the baby grabbing a toy fishing pole and whacking her with it.  He thought it was so funny.

She reads so much that she was scared of the series ending.  I suggested that maybe she could read some non-fiction books now. She told me, “Mom, I just love these stories that take me on these adventures and I don’t want to read about facts.”

It struck me.  That’s exactly why the anti-GMO folks aren’t supporting the Joint Fact Finding report on Kauai, despite demanding it.  There are facts presented to show a story but it simply doesn’t fit the story they want to believe.  A logical way of using the available data would be to seek more data but the absence of harm will never prove safety in their eyes.

The activists have woven a story and the facts presented threatens to unravel it.  The best they can do is revise the facts and continue that story.  The story is what defines this culture that they want to keep intact.  Logic, critical thinking, and reason do not play well in a fiction tale as my 10 year old daughter confirms.  It’s clear that Sarah and Geraldo, the two members with the most expertise and education related to this issue, didn’t want a subjective story.  They wanted to set out on the actual goal to get the facts first and write a non-fiction, objective piece but that just could not happen with the other members.

It’s clear that facts are being denied and it’s about the art of politics.  It all just makes for a captivating story that continues the drama. 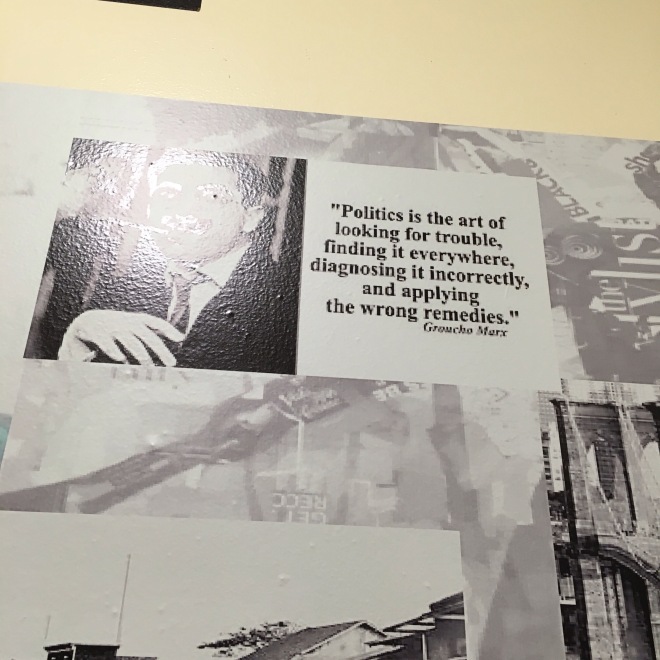