I recently received this lovely, glossy magazine from Hawaiian Electric Company in the mail a few weeks ago that I decided to browse through it.

As I was reading through it, two things caught my eye.  Note what this has to say about ways to improve your health by eating more fruits and veggies, but to go organic.  Hmm…  There is no mention that there isn’t a significant benefit found for eating organic though but it touts it. 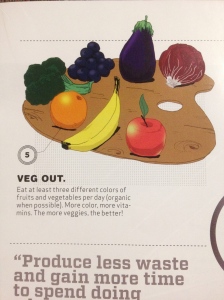 Then there’s one about The Environmental Working Group’s advice on sunscreens.  That’s the same group that does the list of dirty produce which is a scam piece of advice also.

Then there was also this one too in there about drinking alcohol. 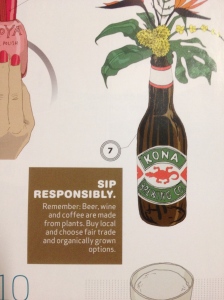 The most disconcerting statement on their list is this one, “Cook Without Chemicals.”  Um, HECO, everything is made of chemicals!  Even the American Cancer Society does not support this statement.

If you are going to promote being efficient and lowering our impact on earth, going organic doesn’t translate to a more healthful product according to studies comparing it.  Just the labeling of something can influence one to have a different idea about it even it if is the same.  HECO is promoting this kind of information without any source and then people just believe it.  It also makes people who can afford organic feel bad for purchasing conventional food for no reason.  Shouldn’t this publicly funded organization be considering the evidence when it publishes things like this?  Isn’t that the responsible thing to do?  I’d think so.

The worst offending piece of information that I found in there was this gem.  Come on now HECO, Greenpeace?!  Really?

I always find it interesting that I get these mailers about going “green” in the mail since how many people actually read it and will use the information before it hits the trash can?  Is that really going green?  I also learned a tip or two from my brother that these kind of magazines with gloss coatings are not recyclable either and aren’t too biodegradable either.  I’m starting to realize that this green movement is kind of like a sham full of hypocrisy!