The anti-GMO, anti-pesticide groups have been loudly clamoring about how toxic those GMO fields are.  By the sound of it, one would think that I they are that horrible, it would be unwise to go near them at all.  The funny thing is that despite their claims of poisoning, these activists do the unthinkable.

The Center for Food Safety crew standing right next to a “deadly” poison sprayer. This really is a high tech device that actually reduces the drift issue that they harp on.

Unbelievable that they stand feet from those horrible GMOs!

Naomi Carmona wears her skimpy outfit just feet from the poisonous dust! She even takes of her mask to talk and survives! 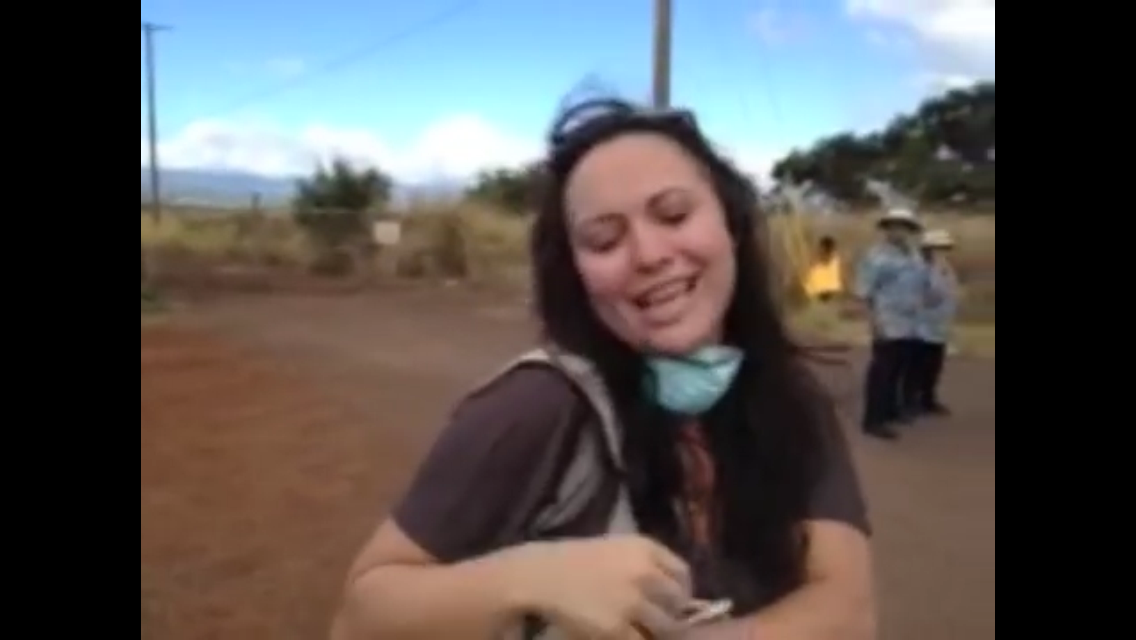 Once again, Naomi removes her mask and stands less than 3/4 of a mile from toxic fields and survives!

Ironic that both Ashley Lukens of the Center for Food Safety and Naomi Carmona of the Babes Against Biotech appear to be pretty darn healthy despite standing with those 3/4 mile buffer zones that they are demanding.  If they truly believed that these fields were indeed dangerous, why aren’t they donning those Tyvek hazmat suits and respirators?

I suspect that the two of them know the truth but tell others something else.  They have no problem taking advantage of 98% of the population who are clueless about agriculture.  They have no conscience on how they fuel attacks against workers who have struggled and broke the cycle of crime and drugs through a job in agriculture.  They love the attention they get from what they do and plaster their faces on YouTube and on news magazines.

However, when you ask them for some evidence to support their claims, they are quick to skedaddle in their fancy BMWs.  Ask them how they plan to work together on issues and all you get is silence or the quintessential, “But Monsanto.”

When Ashley and Naomi can continue to fuel these kinds of comments against people, there is something very wrong.  When a Hawaiian feels that they are entitled to tear down another Hawaiian’s opportunity for a better life, they only further the destruction of aloha in our communities.  It’s the crabs in the bucket scenarios where none of them get anywhere because they tear each other down.

Do you really want to know what the real toxin is? It’s people like Ashley, Naomi, and even Kauai County Council Member, Gary Hooser, who are the toxicity in our communities.  It’s their disinformation campaign’s drift that is slowly killing everything.  The buffer zone that we need from these people is the distance from the US mainland to Hawaii.  If we don’t institute this soon, those highly toxic people will literally decimate the very little aloha that we have left.

We are at a point where we can’t sustain the aloha spirit.  If we don’t start demanding it, it will be depleted.  That is not the Hawaii I want! Protect the keiki and kupuna from these invasive species so that we can thrive again and foster love towards our farmers.

2 thoughts on “The Truth About The Toxicity in Hawaii”