The latest article circulating around the social media is portraying Dr. Hector Valenzuela as a victim getting allegedly “silenced.” All I can say is seriously?

I remember a few years back, his office door was plastered in Babes Against Biotech posters in the St. John’s Plant Pathology building.  It caught my eye as I walked to the women’s bathroom.  I made a comment about this directly to him on a Civil Beat article and when I went back, the posters were gone.  I wish I had taken a photo of it!

Well, Dr. Valenzuela can act the victim role all he wants but his actions clearly shows his leaning with the conspiracy theorists.  His door isn’t as bad, but it still bears witness to his tendencies. 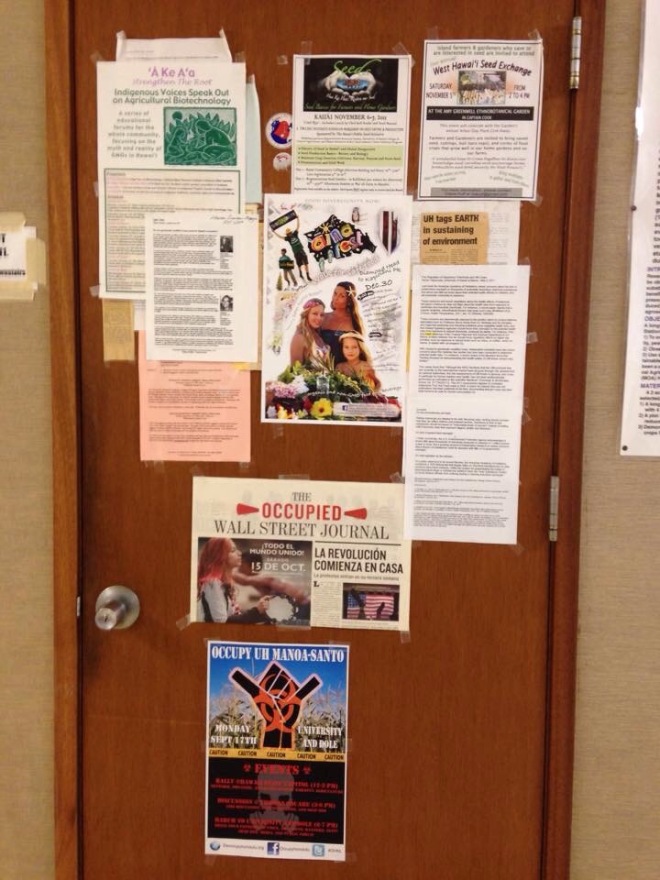 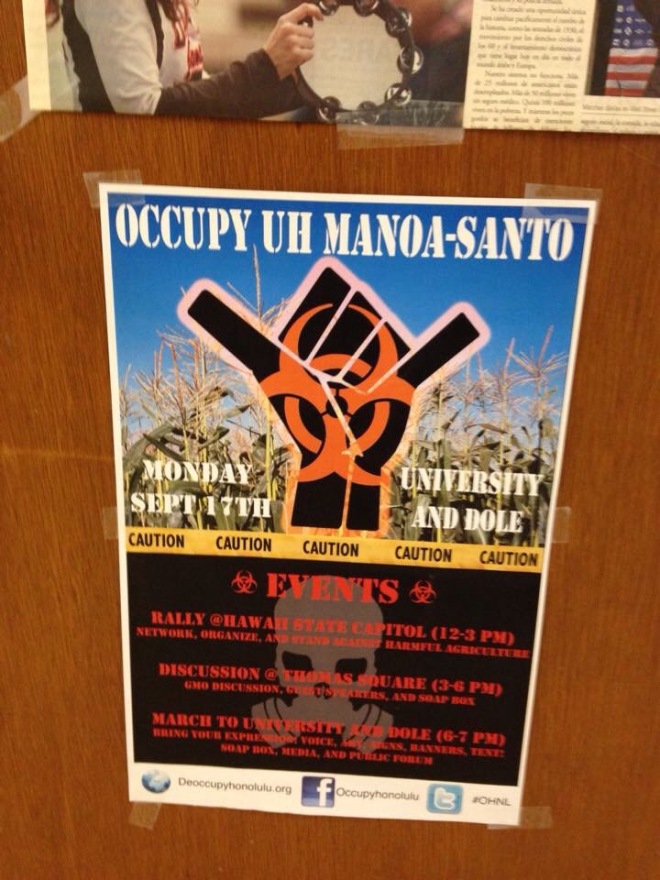 When someone thinks that biotech is only Monsanto and hangs around people like Naomi Carmona of the Babes Against Biotech, you have damaged your own credibility.  The “silencing” he must feel is that of his own making because of the associations he’s chosen.  Point fingers at everyone else but don’t forget that there’s three fingers pointing right back at you Dr. Valenzuela. Naomi Carmona is a GMO expert who loved posting her Natural News and Dr. Mercola links. She’s an expert in pseudoscience.

I’m starting to think that eating organic is correlated to conspiracy thinking and some degree of paranoia.  It makes me question the whole food and eat ‘clean and natural’ diets make people lose their logic and rational thinking.  Once you’ve lost that ability, it’s easy to start hanging with the cranks like the Babes Against Biotech.