Dear Editorial Board of the Honolulu Star Advertiser,

I have to say that when I read your op-ed on the issue of GMOs and pesticides, I was totally disheartened by your ill informed stance.  I’m not sure if you’ve ever been out to the large farm or even visited a small farm to ask some questions to learn about the issue, but it doesn’t seem like it to me.

One key point that stood out to me was the comment that the, “Anti-GMO have national standing.”  I’m simply floored by that statement.

Who exactly are the anti-GMO activists with national standing?  Let’s take a look.

Zen Honeycutt-mom, professional paid activist, with zero science background, and talks a lot of non-science or nonsense if you ask me.

Watch her video in the link below and see if you can figure out what’s wrong with what she’s saying.  Note that this woman was recently here in Hawaii on the SHAKA Movement’s dime too.  She’s also moved on from protesting Monsanto and went on the the Dakota Pipeline protests right now.

Vani Hari-Ms. If-You-Can’t-Pronounce-It-Don’t-Eat-It and be afraid of chemicals entrepreneur who gets paid by food companies after she sends her Food Babe Army after them.

This woman is a computer scientist who takes advantage of people’s ignorance and uses it to her own advantage.  Fear is how she operates and she promotes the muddling of science and even attacks scientists who speaks out against her.  It’s a business venture for her and it’s apparently very profitable because she’s always traveling to luxurious locales.

Every speech she gives, she takes in at least $40K and in Hawaii, on one of her tours, she made some $109,000 from Hawaii Seed! As with other anti-GMO activists, as soon as you question their facts, you’re banned.  There’s no discussion with these folks and if that’s the case, how is one to ever work with their demands?

There are so many other anti-GMO activists backed with lots of money and media power to get to their “national standing.”  From Jeffrey Smith, Gary Null, Stephanie Seneff, Andrew Kimbrell, to UH’s own Hector Valenzuela, it’s a very well coordinated movement that isn’t based on facts and thrives on fear and misinformation.  The Star Advertiser’s editorial board did the papaya farms no favors with what they wrote and nor did they bother to check into the facts around pesticides in our state.  Instead, they continue to give the public a slanted view that only farmers are users and aren’t responsible about it when they state that the State of Hawaii must ensure the public.  The fear mongering message they allude to in their editorial will continue the harassment of the farmers, as Farm Bureau President, Randy Cabral, stated this past weekend.

Let me remind the editorial board what the GMO farmer had to face earlier this year because they, as the main media source in our state, continues to give the facade of legitimacy to the anti-GMO activists. 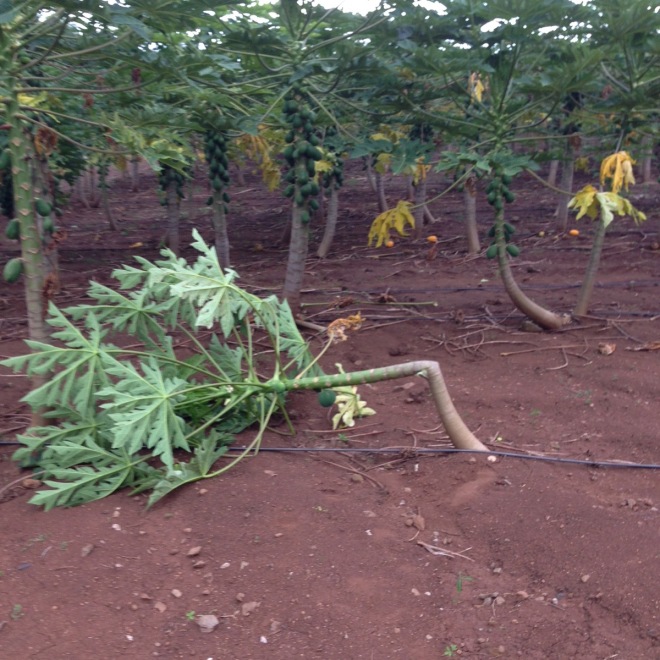 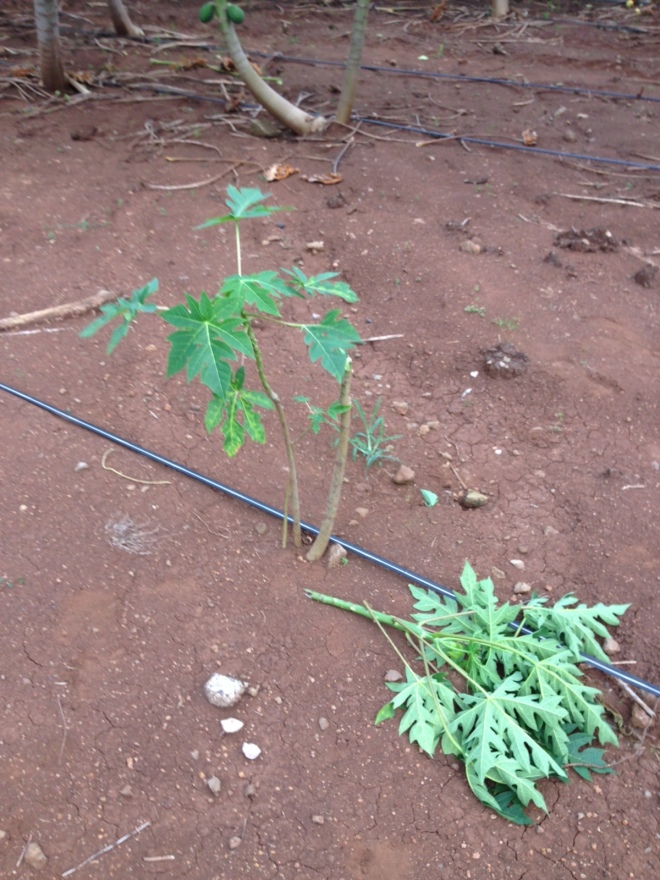 My dad, a lifetime farmer, and food grower in Hawaii had to face the consequence of fear mongering around GMOs and pesticides.  He got yelled at by a very fearful woman so beleaguered by the likes of the Center for Food Safety, Earthjustice, and Hawaii Seed.  He has grown millions of pounds of papayas and worked tirelessly for over 5 decades had to face a woman who had been taken advantage of by fear profiteers.  Gone are the days where neighbors and come and talk to each other about what they are doing.  Instead, hot tempered emotion clouds people’s thinking and turns them into ugly, mean people.  That’s simply not sustainable in Hawaii, where everyone knows everyone.

So Star Advertiser’s editorial board, I’d really appreciate it if a bit more investigative reporting is done and going to the source of the issue would take place.  Tomorrow, I get to process some 7000 lbs of papaya that so  many people depend upon and that’s hard work enough.  Our family and workers deserve respect and our voices heard above those of well paid activists like Ashley Lukens, attention seeker Nomi Carmona, and the protest everything Walter Ritte’s.  They aren’t the ones in the fields or on the farms growing Hawaii.  We are the ones striving to preserve agriculture in our state and provide locally grown foods that everyone wants but aren’t stepping up to do.

I’d love to see the board really go through and crosscheck their stances and the groups with “national standing.”  We need more critical thinking and well informed stances, not ones based on fake news.  Fake news has too many unintended consequences and we will all pay the price whether we like it or not.

Joni aka The Hawaii Farmer’s Daughter

One thought on “The Bungled Star Advertiser Opinion”