A recent story in the news has had some protesters double checking their social media accounts. A prominent Honolulu attorney may be suing them for spreading “vicious rumors” against certain people. I find this an interesting turn of events if this indeed does happen.

Years ago, I spent many hours sitting in front of legislators asking for them to stand with facts and the farmers. The same people who are spreading rumors against the Governor were the same ones accusing us of “poisoning” them. Legislators would nod in support of us then, but during the session, they actually sided with those spreading rumors about us. The excuse I heard was that they needed protection from the activists and had to listen to them.

When the whole anti-GMO debacle unfolded, many county council members and legislators sided with these activists to protect their seat to support us. Essentially, farmers were used as the shields to keep the politicians safe. If you want to talk about vicious rumors, we faced it all from killing and disabling babies, gassing people, killing the earth, and so on. We faced the hate of the public because the political leadership could not stand with the facts.

I find it utterly ironic that Governor Ige has been posting lots of facts about astronomy and the Thirty Meter Telescope. I am in disbelief that he is out at the front lines fighting for facts to be heard! I can’t help but feel sad that he and so many of the other politicians did not do the same for us. Politicians had hoped that bowing to activists demands would keep them away from attacking them but as we can all see, the antis have zero loyalty.

So to the politician who quietly supported us in word but did the opposite in action, you’ve created this mess. You cannot make these activists happy. By playing along with their charade to use Hawaii in their sensationalized news stories, you’ve empowered them to use any means to get what they want. You thought you had your back covered when you voted for the pesticide buffer zones and then the banning of chlorpyrifos. You didn’t stand with facts and fell for their narratives in hope of being safe.

As we can all see, the mess we have now is of your own making and was due to happen given the disregard for facts. The activists care nothing about facts as you can see and blatantly make up claims that are far fetched but spreads like wildfire to stir the flames of emotion. The political leadership is surrounded by the the emotional social media mob holding their torches and definitely feeling the heat. I sure hope that he either douses the flame now by standing with facts and taking the right course of action.

You’ve played with the fire too many times and now the activists don’t care who they take down with them. 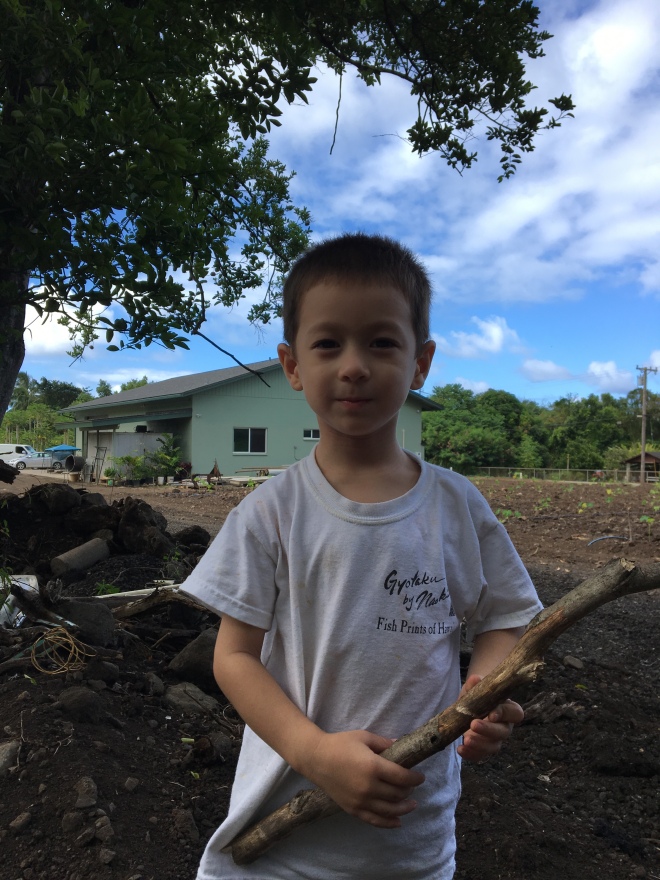 When you let activists define the work of farmers, it affects the next generation’s ability to continue farming.