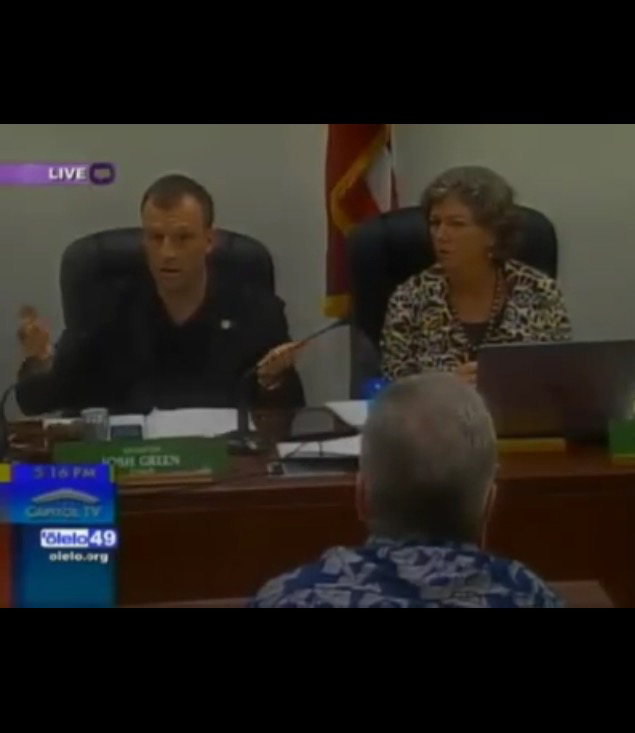 We all know that song…

As I was watching the hearing for SB793, at segment 29:25 where Senator Josh Green rudely interrupts fellow Senator Suzanne Chun-Oakland’s question to Tom Matsuda of the Department of Agriculture. Shortly after that at segment 32:08, he rudely interrupts Senator Thielen and berates Matsuda for not having all the figures on the pesticides for each of the islands when she tries to determine the true nature of all of the users.

Let’s back up a second here. One of the primary introducers of this piece of legislation was Senator Green. He had to come up with justification for this law in order to draft it. If he did his homework to really identify the problem of pesticides, shouldn’t he already have had some figures already? If not, how in the world did he come up with such a law? Did he pull stuff out of thin air? Interesting that he cut off key questions that would provide more insight and truth about pesticides.

Senator Green’s rudeness really was uncalled for when he should have had his facts in place. Trying to one up the HDOA representative to bolster his image in front of the activists is weak and down right rude. It seems that some legislators have gotten too big in the head to have civility and respect anymore, which is just like the activists that adore them. Even legislators shunning ag workers is a deplorable tactic and so disrespectful as they are to represent the people who voted for them.

One thought on “Why You Gotta Be So Rude?”